Most Overpowered Fire Users in Anime 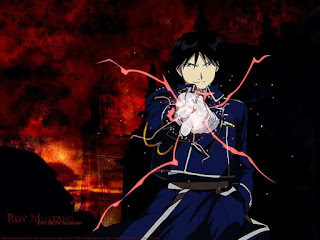 Who could forget Roy mustang being a legacy anime full metal alchemist seemingly doesn't get talked about that much. But that doesn't mean it didn't leave its mark on the anime scene and for me, one of the reasons it did so is due to the fiery charisma of Roy mustang. He is one of the strongest fire users in anime. The cool colonel may not be the modern definition of overpowered but in the context of FMA. He sure had a lot of amazing feats. I often talk about his fights on the channel some of which end up being even more memorable than the Elric brothers' fights. That's just how much of an impact the character has made on me. I also like how the show developed his relationship with Riza and I think that that's one very important aspect of full metal alchemist writing and building up its characters. 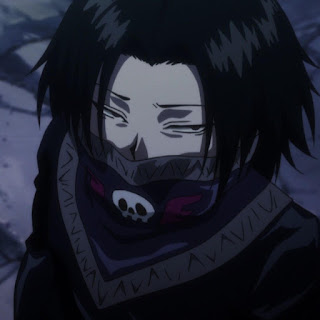 Like mustang, Feitan has that brooding pretty boy appeal in contrast to mustang however, Feitan is a more sinister person that you wouldn't want to cross. Overall, one of the more powerful members of the phantom troop and one of the op fire users in anime. Feitan is the type of person who wouldn't hesitate to get his hands dirty in his quest for the true definition of silent but deadly. If historic demeanor and sadistic panchayat for torture is anything to go by and while Feitan may not be associated with fire the fight with Zazan qualifies him in my book. The rising sun was a breathtaking sight to watch and seeing it in action still gives me chills to this day. Feitan has had a lot of fights but I do think that the Zazan fight is one of his best and the one that catapulted him to the top of my phantom troop member rankings. Strongest phantom troop member? well not exactly, but he does show that he has more than earned his top spot within the squad. Why stop the momentum of the team leader types let's proceed to someone who's had experience leading a squad. Mereoleona how's this for a change of pace, unlike both Mustang and Feitan. Mereoleona embodies what everyone thinks of as a powerful fire wielder a loud aggressive and short-tempered strongest fire user in anime. Regardless there's something in Mereoleona that allows her to be one of the best at connecting with others and earning her respect will take you far. With that in mind getting on a bad side is nothing but bad news and it's pretty amazing that Mereoleona has a perfect combat record you'd expect these kinds of mentor characters to be fed to the big villains. Even Yami had his moments of shocking defeats but not this woman just by having a lot of close calls my favorite spell of hers has to be "Calidus Brachium Purgatory: Abyss" it's just the perfect complement to her go-getter and physical fighting style and in anime form, it's presented in such a cool manner with the blue flames. 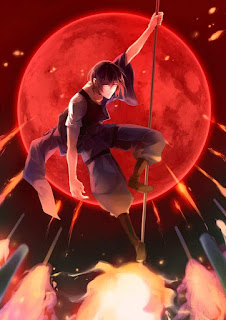 I'll be talking about the fire force's Benimaru the character with the same name from slime. He's also a cool example of a badass user of flames but I give the fire force character a nod for being more closely associated with the element. Fire forces Benimaru is yet another example of a badass captain and overpowered fire user in anime. Benimaru has had a lot of showcase fights we have the nifty Akitaru fight but the better one, in my opinion, is the Haran fight. It is one of the fire force's many fights that simply wowed me with its animation. This is a guy you'd want on your side despite being short-tempered and disrespectful he's a person that you can trust. Personally, I really like the philosophy that puts him at odds with the holy soul. 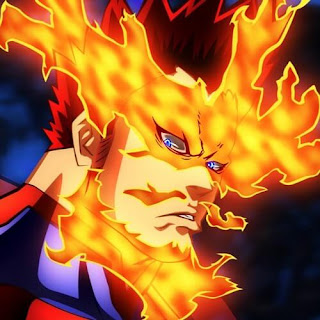 Endeavor probably needs no introduction one of the world's top heroes has to make an impact. Whatever he does wherever he goes whether it be incinerating Nomu in his flames of fury or being an ever-looming presence. That's proven to be an anchor in both all might and Todoroki's stories in addition to his amazing feats battling villains and Nomu. I really like how Endeavor slowly developed as a character there's little to like about him when he's first introduced and it stays that way most of the time there's the pride that makes him off-putting to some but as the story progresses we get to see more of his perspective and how he becomes a more sympathetic figure. He's one of the more engaging father figures in anime and a lot of it has to do with his redemption story. He is without a doubt one of the strongest fire users in anime. 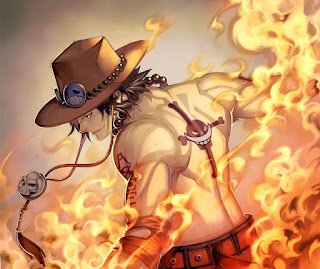 Who says we can only stick to authority figures especially when Ace exists. Anyone out for a call brother while lacking the powerful or intimidating presence that the first half of our list had ace trumps them all. In terms of being that one character who just feels so ideal, I bet a lot of one-piece fans dreamt of having someone as cool as ace being their brother or guiding light in contrast to loud Luffy. Ace is more calm collected and mature but don't let that personality fool you for he's one of the bravest characters in one piece as well as the strongest fire user out there. His loyalty is second to none and it's those traits that have earned him a lot of admiration from characters of the one-piece universe among one piece's loads and loads of characters he's one of the select few who truly made a mark even after his time in the limelight has ended both in and out of the universe. He's not a shabby fighter but he's a character I've always seen to be stronger in terms of heart and the ability to touch others instead of just being an overpowered beat more character. 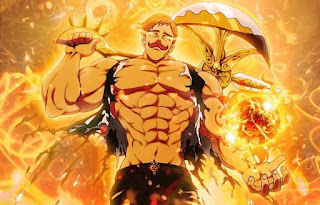 Probably one of the most overpowered characters of them all as well as one of the strongest fire users in anime. Escanor has become a fan favorite due to the sheer absurdities. He puts out on screen the man looks nothing close to intimidating but underestimating him is the last mistake that you'll ever make. I'm sure anyone who hasn't watched or heard of the seven deadly sins will be surprised. If I were to tell them that this is arguably the strongest member of the main cast but the record does speak for itself. Escanor has won his fights in a dominant fashion in addition to his impeccable performance in fights what I like about Escanor from a meta point of view is the fun gimmick given to him. Having powers that work accordingly to the time of day isn't too common off the top of my head there's Nanami but not many others still I think Escanor's application of it is one of the most impressive ones out there. 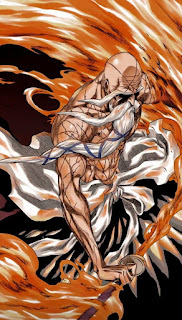 I really enjoy Yamamoto as a character for his duality as captain commander of the Gotei 13 and one of the most op fire users in anime. He's ruthless stiff and intimidating there's no one you'd like to piss off more than Yamamoto amongst the captains of soul society. Trusts me but the bonus episodes and fillers reveal a goofy sign to him that we'd expect from the textbook image of an old man who's had his best years behind him what exactly led Yamamoto to become head captain of the Gotei 13 is an event shrouded in mystery but one thing is certain he more than justifies his billing as the strongest force in the entire Gotei 13 so much that even Aizen had to think of a way to mitigate his powers. Aizen and Yamamoto still find a way to overcome that not by skill though but by brute force and we haven't seen Yamamoto's full power yet it's something that will be revealed in bleach thousand-year war and I'll tell you as early as now that it lives up to the hype. 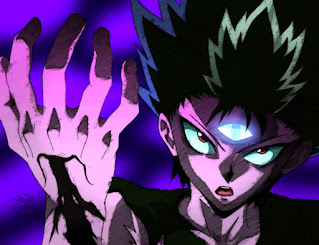 Hiei is by far the coolest member of team Yuusuke back when I started watching Yu Yu Hakusho and it's not just because of his overall aura. You've got the cool swordsmanship and the visually appealing black dragon flames too. Then there are those fighting skills on full display. Fans remember when he showed that he's not just a speedster but also immensely powerful stopping bowie's ax with one hand or at the time he managed to go toe-to-toe with Yuusuke. Proving that protagonist supporting characters don't always have to be left in the dust by the main hero who gets all the power-ups. He makes it on this list due to the rule of the call he's an awesome character who has a fan base that he deserves. 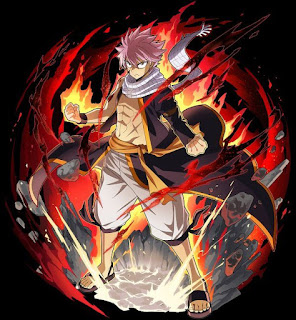 Natsu is the shonen protagonist who's practically synonymous with fire as an element. Sure there are others who use it but the one who almost exclusively uses the element. I can't think of others off the top of my head maybe sooner for khr fans out there. But I don't think he's anywhere as well known as Natsu is. Who doesn't know the ever-passionate Natsu in his wide arsenal of fire-based attacks? Being the fire dragon slayer he's got multiple tricks up his sleeve but it's not until later when his overpoweredness comes in full display. Yes, the power of friendship and all that but even discounting that we can clearly say that Natsu has some of the strongest power-ups over the course of the anime now I'm not sure if I want to outright spoil it for you but I'll give you a hint by telling you to look at his transformations and true identity. Natsu Dragneel is the most OP fire weilder in anime.