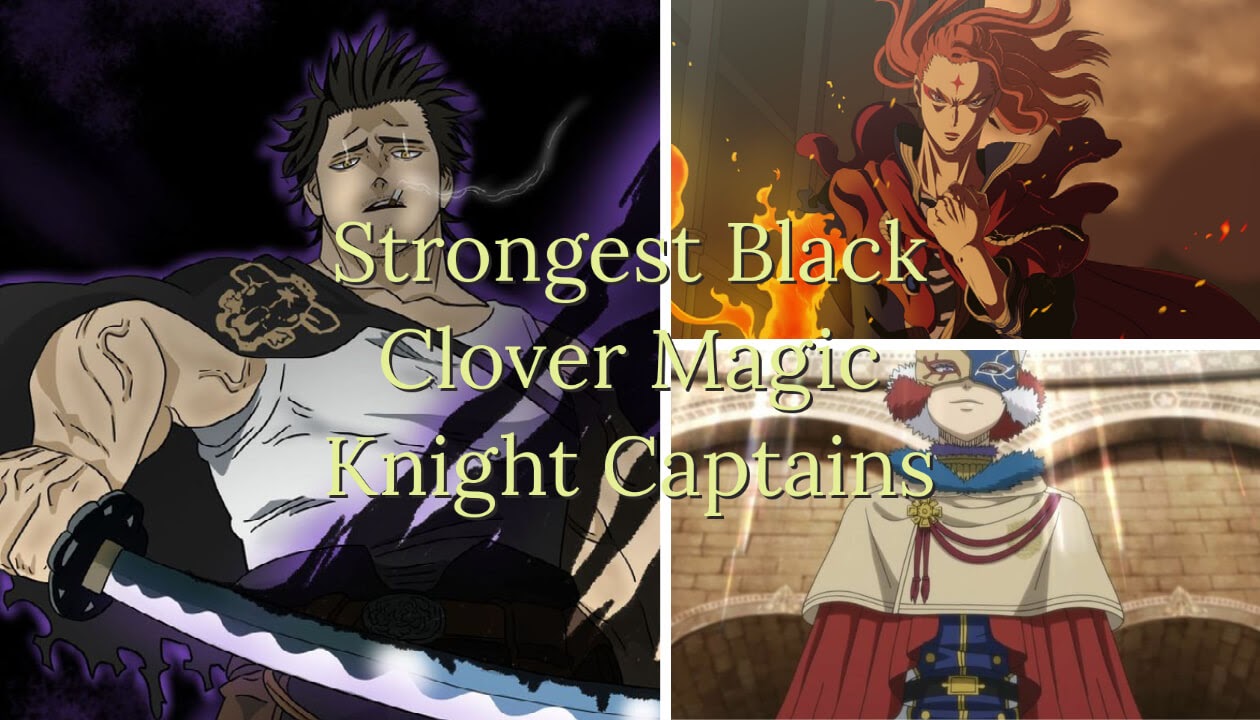 
Black Clover is an amazing anime series with a lot of amazing characters in it. It has a good story and unbelievable actions. It's animations never cease to amaze us. The animations of this series is well delivered. We have seen a lot of fascinating action in this anime with very much details in it. I love how they developed each character with their own personality and story.
This is the list of the strongest magic knight captains in Black clover. The list is based on the current power level of each captain. 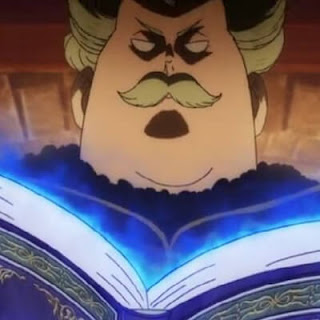 He is the captain of the Purple Orcas. He belongs to a royal family. Since he belongs to a noble family he has powerful magic. He used Vortex magic along with vast reverse mana. Kaiser is known as the Kingdom's Ultimate Shield. 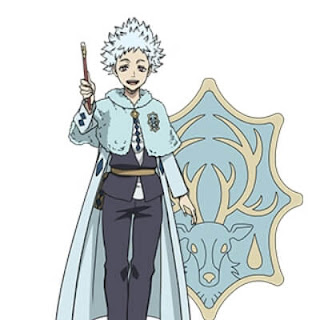 He is a very strong Picture magic-user. Rill Boismortier became a captain of the magic knight at the age of 19. He is the youngest magic knight captain there is. This kid is really strong we have seen him fight against Yuno and during that fight, Yuno was giving his all to hold on against Rill however Rill wasn't even trying hard against Yuno. 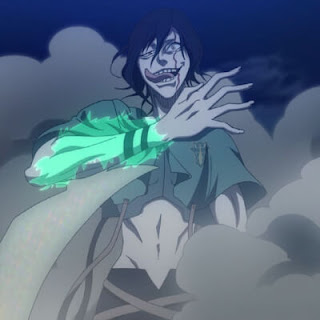 Jack is a captain of the Green mantis. He is quite strong. We often see his going up against Yami. They are both rivals. Jack uses strong Slash magic which allows him to slash almost anything. He is physically strong. We haven't seen him using mana zone or any other powerful spell his strength is still a mystery to all of us. 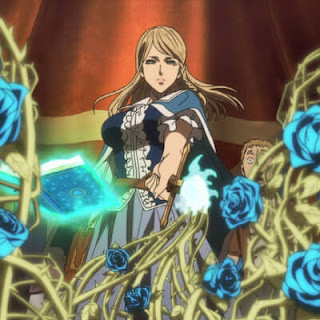 Charlotte Roselei is from a Royal family. She is the current captain of the Blue Rose. Her magic is really powerful and it's an arcane stage magic attribute just like Yami and the Wizard king. Charlotte uses Briar magic. She one of the strongest magic knights captain and currently she became even more stronger. 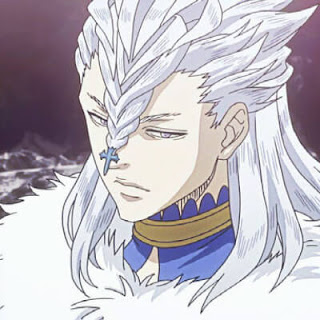 Nozel is always a silent type he is from a novel house. He may look down on commoners however when they need the assistance of magic knights he doesn't hesitate for a bit to help them and protect them. Although he acts tough and rude on the outside, he is one of the nicest people like Fuegoleon. Nozel has a pretty cool personality and a strong sense of justice. He and Fuegoleon are rivals they both want to become the next wizard king. Nozel is one of the strongest characters among all the captains.
We have seen Nozels fights he has an advantage because of his mercury magic. He is confident and stubborn he always wants to win. When he fights against dark Parti who was stronger than normal Parti but Nozel defeated him easily with his mercury magic. 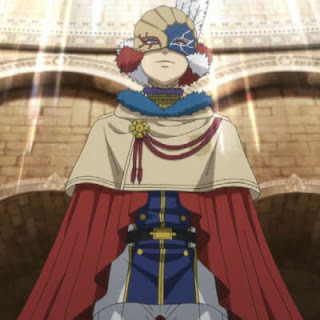 William is the captain of the Golden Dawn. The best magic knight squad of the whole clover kingdom. William is quite popular and he lives up to his reputation. He is acknowledged by the Wizard king. William uses world tree magic which is arcane stage magic. His magic is very powerful like Charlotte Roselei. His world tree magic has healing power and it can also absorb mana from other mages. William is a very strong magic knight captain. 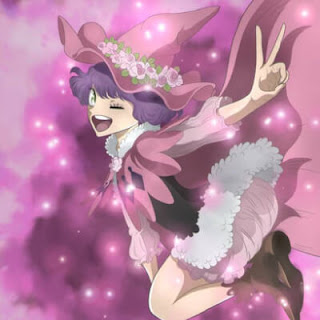 This lady sleeps all the time however, she is very strong because of her dream magic. She is one of the witches from the witch forest. No wonder she got such weird magic. Dorothy is the captain of the Coral Peacock. Her magic allows her to take someone into her glamour world where she can do anything she wants. The glamor world is a spell of dream magic. It is a dimension where Dorothy can do anything according to her will. 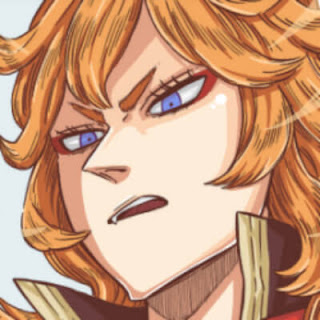 Mereoleona Vermillion is one of the strongest characters in Black Clover as well as among other captains. Currently, She is a beast herself. She doesn't need any magic to kick anyone's ass. Mareoleona Vermillion is a super strong woman who has an enormous amount of mana and she can create fire magic that can blast anything. When she fights it's really inspiring because I have never seen a woman character that strong who could take on five elves all by herself.
Not to mention there was a captain possessed by an elf. She fought like a beast and didn't give up. If it was only Raya she could beat him to death however there were five strong elves even though she was blacking out she was fighting with them which made all the elves surprised. She has full control of the mana zone, she moves so fast that the copy mage Raya cannot keep up with her even though Raya uses his copy light magic. 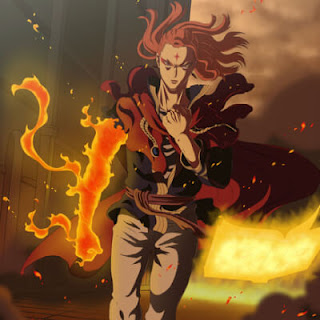 Fuegoleon is one of the candidates who could become the next wizard king. He is strong and he has control over the mana zone. Despite being in a coma for a long time he didn't become weaker instead he became much stronger even the fire spirits came to him. Now he can manipulate fire spirits' power and use massive powerful fire magic. Despite being a novelty Fuegoleon is one of the nicest characters in Black Clover. He is calm and wise he has a great sense of justice.
Fuegoleon Vermillion is enthusiastic and always has a hunger for knowledge just like wizard king Julius Novachrono. We have seen his fight against elves and how he easily defeated such a strong opponent. He is clearly a stronger magic knight captain. 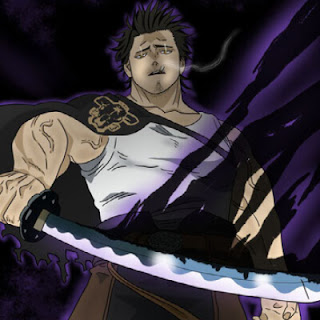 He is my favorite character in the Black Clover. He is cool and charming. Yami is hot-headed and a brute who always wants a good fight and that's makes him cooler. Despite being rude he always takes care of his companion and helps people he meets.


Yami is a magic knight captain who trained under the wizard king. Yami has magic that rivals the wizard king because they both have arcane magic which rare and powerful. With his dark magic, Yami can cut through anything he even can cut dimensions and spatial magic. He has a cool personality he always loves to tease novels which funny. Yami has control of the mana zone we have seen his fights with Parti despite being a light mage Parthi had a hard time fight against Yami. Yami also can read Ki that's why he was able to sense Parti's movements.


We have also seen Yami's coolest attacks when he slashes one of the eyes of the midnight sun's member. He uses his dimension slash to finish him off. That was a really cool attack. And last time when they were up again a Demon who was pretty strong and only Asta and Yami's dark magic seems to work on the Demon. Yami used his full power to use an advanced dimension slash that ripped the demon apart then Asta finish the job. That fight scene was really amazing and cool.
The reason Yami being number one in the list of strongest magic knight captains because of his magic power and his mastery over both Ki mana zone. His magic is arcane stage magic that can rival the wizard king. He became much stronger in the current Spade Kingdom Arc.