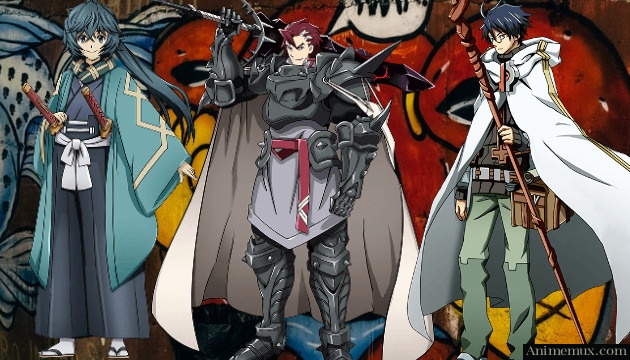 Log Horizon is an amazing anime series it has a lot of action, adventure, strategy, and comedy.

It became one of my favorite anime series. Log Horizon has a lot of amazing characters with different abilities and different races. Since it is an anime based on games like Sword art online.

That was the quick review of the anime. Now I'm going to list some of the strongest characters of Log Horizon. 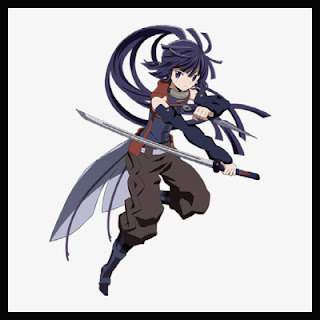 She is an assassin class. Akatsuki chooses to work with Shiroe since he is the one who saved her when she was stuck in a man's body after the Apocalypse when every player of the game was stuck in the game. Akatsuki was impressed by Shiroe's intelligence and kindness toward her. That's why she decided to become a bodyguard of Shiroe although he already has a guardian.

Akatsuki is quite a skilled assassin she can kill her enemy with a silent attack and she also can hide her presence completely. Her level is 90 which was the highest level of the game before Apocalypse. 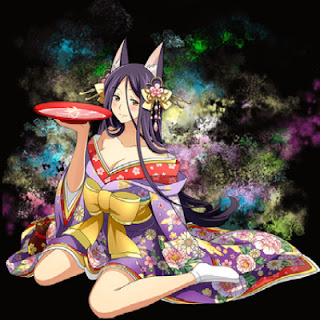 She is a member of the West Wind Brigade guild. She is second in command. Her race is fox-tail in the game. Nazuna is a former member of the famous group Debauchery tea party. She is a Kannagi-gambler. Nazuna has mastery over oral art which is difficult to accomplish. Her oral art is the heavenly road. When she uses her oral art she can create a circle path and walk on the sky. She used her oral art to fight against Nelles. Even though her class is a healer type she is one of the strongest characters in the log horizon. 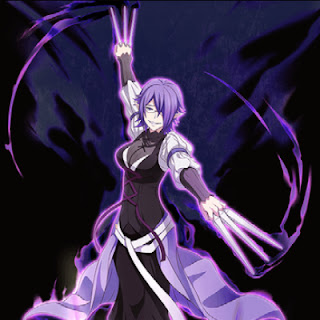 Indicus is a member of Plant Hwyaden. Second in command at the ten-seat council. She is a former member of the Debauchery tea party. Her game level is 90 and her race is Elf. She is a sorcerer class. Indicus is a villain of this series she manipulates Nureha who is the leader of the Plant Hwyaden. She does what she thinks is right. Although we haven't seen her in action yet but considering her action and her role in the series and also being a former member of the famous group she is one of the strongest characters in the Log Horizon. 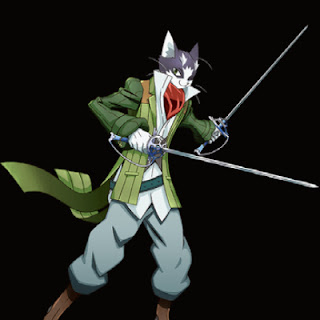 His class is Swashbuckler which is practically weapon type. He also has a subclass that is the chef. He is good at cooking and he is the one who invented the taste of the food in the elder tale. Nyanta is a pretty skilled swordsman. We have seen him in action and how he fights. He was also a member of the Debauchery tea party. Nyanta has a current level of 92 and he is the senior member and head chef of the Log Horizon guild.

Along with Shiroe and Naotsugu, they completed many hard quest and high-level raids. Nyanta is unbeatable when he is with his team however in a single battle Nyanta can't hold his own with a stronger opponent. That's why I put him on the 12 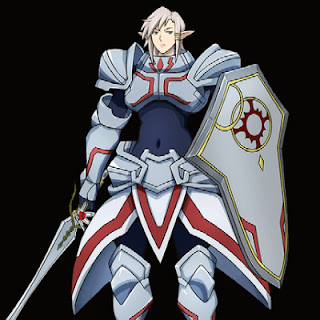 He is a guardian like Nautsugu but his race is Elf. Dinclon is a member of the Silversword guild. His level in the game is 94 which is pretty high he is almost powerful as Prometheus. He was part of the Abyssal Shaft Raid Party which was the toughest raid of the elder tale. 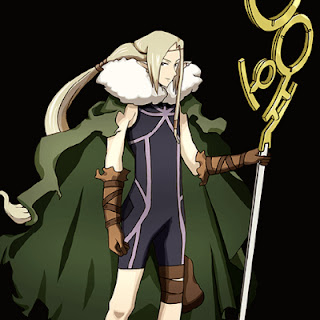 Just like Dinclon Prometheus is a member of Silversword he is second in command. He is an exceptional fighter of the elder tales and quite strong because he is a high-level sorcerer. His level in the game is 95. Prometheus helped William to build the Silversword guild.

When Nyanta and Shiroe were fighting with Demiqus, Prometheus was standing there to battle with Shiroe's team. However, Shiroe wasn't sure to take him on because of his high-level of sorcery. 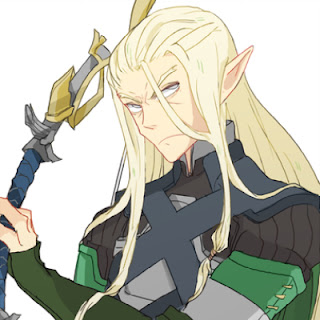 William is the founder and leader of the Silversword. He is one of the strongest characters of the Log horizon. He completed many hard and high-level raids to level up his skill. He also didn't agree with the Round-table alliance.

Later he joined with Shiroe's team to go on a high-level raid which was impossible to complete. However, with Shiroe's master strategy, they completed the raid. William is a top-level assassin class player and he also has a subclass of the hunter. His current level in elder tale is 95. 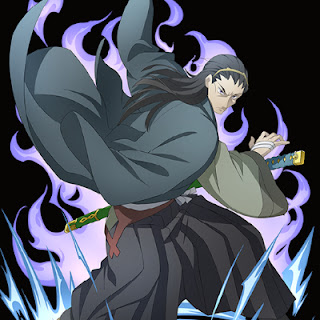 He is a former member of the tea party group. And he is currently in the Plant Hwyaden guild.

We saw him in the action when Nyanta was fighting with a nonplayer and almost defeat him when Kazuhiko enter and stop the fight. He attacks Kazuhiko with a sword and we saw the difference in their skill. Clearly, Kazuhiko was the one who was at advantage because of his high-level skill.

Kazuhiko has the highest level of 97 in the elder tale and his class is an assassin. His sub is a knight. We will probably see him in action more in the upcoming season. I really like his personality and sense of judgment. 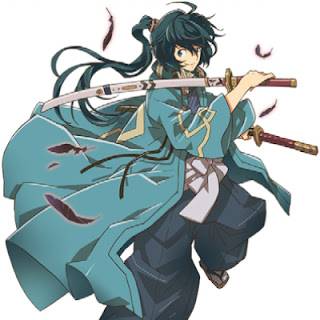 Soujiro is quite popular among girls. He is a guild master of the West Wind Brigade. Also, he was a member of the legendary group Debauchery tea party. He is quite strong and also he has mastery over oral art.

We have seen him fight against Nelles who was undefeated although Seta lost the battle we get to see him in action and how he fights. Nelles was way stronger because of his armor.

Fighting against Nelles would be tough for every player of the elder tale. However, Seta holds his own against such an opponent. He is clearly one of the strongest characters in the Log horizon. 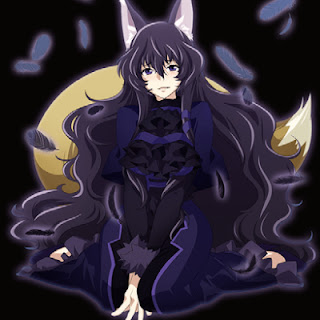 Nureha is one of my favorite characters in the Log horizon. She is beautiful and she suffered a lot from Indicus. However, she is now stronger than ever. The reason I put her in the sixth position because other than Shiroe and Regan, Nureha was also able to use world-class magic which is actually self-creation magic.

She currently a guild master of Plant Hwyaden. Nureha truly a skilled player she is able to rival Shiroe. She is an Enchanter class like Shiroe and her level is 90. 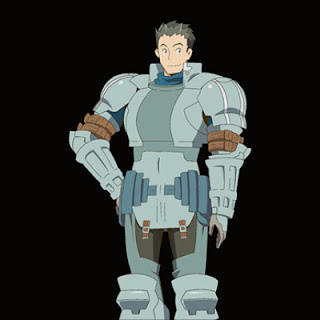 Naotsugu might be dumb and clueless sometimes but he is one of the best and strongest players in the elder tale games. He completed so many quests and high-level raids along with Shiroe and Nyanta. Naotsugu is currently a member of the Log Horizon guild and he is a guardian class. He always works with Shiroe.

They are long time friends with each other.

Naotsugu has incredible stamina and he can hold his own against any opponent. His current level is 94. He also was in the tea party group. 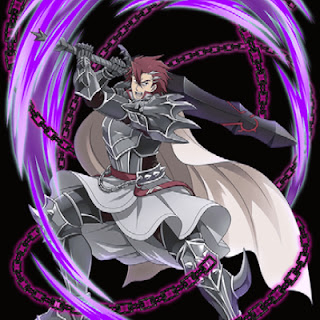 Isaac is the guild master of the Black Sword Knight. It is not just any guild it is quite famous in the Akihabara. Black Sword Knight has a lot of reputation thought out Akihabara. They have 186 members in the guild. It is a battle guild so they always do battles. Isaac is a guardian and his subclass is a gladiator. Begin a famous guild's master he is clearly the strongest character in Log horizon.

We haven't seen him in action but it is clear that he is one of the strong characters like Krusty, Kanami, and Naotsugu. 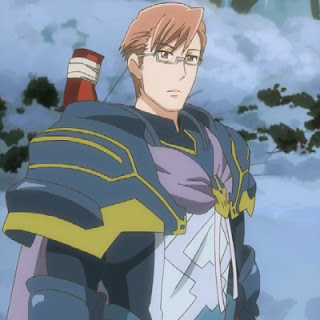 I know some of you will say that he deserves to be second on the list because he is the leader of D. D.D a famous and most powerful guild in Akihabara. D.D.D has a total member of 1543 and Krusty is the guild master. So it's clear that he is followed by so many people and of course he is without a doubt one of the strongest characters in Log Horizon.

Krusty's battle with goblins was amazing he was in the front line showing off his skill he is truly a fantastic character with a cool personality.

Krusty has currently 95 levels and his class is a guardian with berserker subclass. He also teamed up with Kanami. 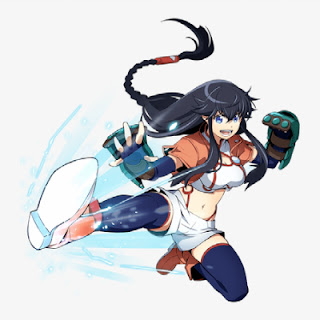 The former leader of the legendary group Debauchery tea party. She is without a doubt the strongest character of the log horizon. She completed high-level raids and quests when she was at the tea party. Their name was all over the Akihabara. Every player of the game knows about their group. Kanami is a monk class with a chef subclass. Her level is 90. We are yet to see her in real action. 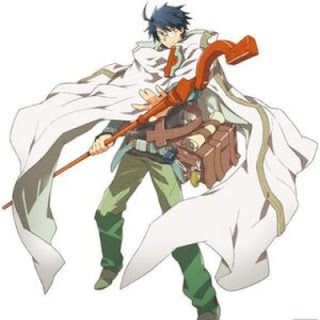 Finally, number one on the list is nonother than the villain in the glasses. He is the finest strategist in the elder tale games. Everyone knows about him. He is acknowledged by the strongest guild masters like D.D.D and Black sword Knight. Shiroe is an enchanter class with a subclass of the scribe. His current level is 93.

Shiroe lead many toughest raids in the game. When he was the strategist of the tea party. They completed many high-level raids before everyone else. It was the Shiroe idea to build the round table alliance. He also set the rules in Akihabara. Making Akihabara a better place where players can live like the real world.